Here are some photos taken at our bow building workshop, held on February 24, 2001. 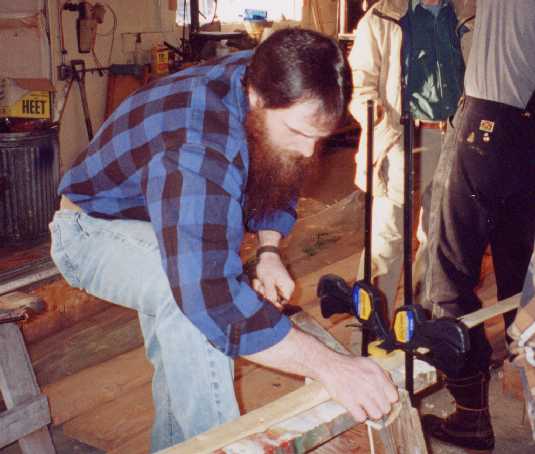 Martin Farris working on his birch selfbow. He cut the stave in his back yard in Peter's Creek. Loel Banzhaf and Don Schrader working on their bows. 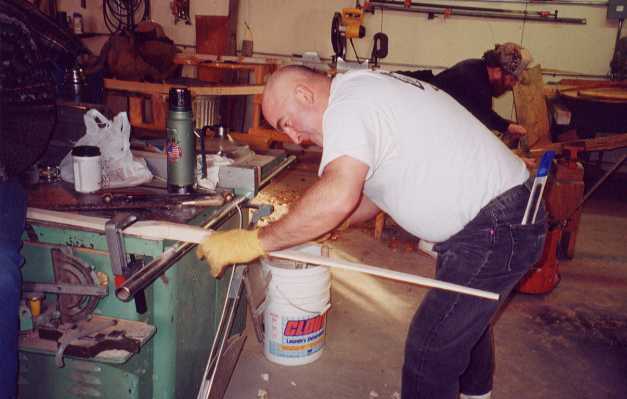 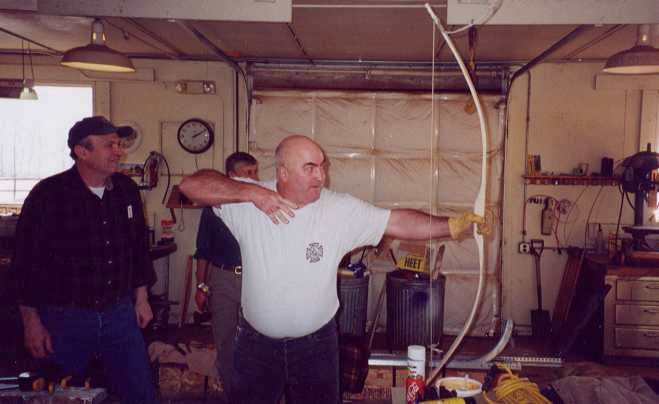 Paul Schuitt after shooting the first arrow from his new bow. Look at the excitement in those eyes!
Dan Ryan looks on with pleasure.

The following shots were taken at our workshop on March 10, 2001. 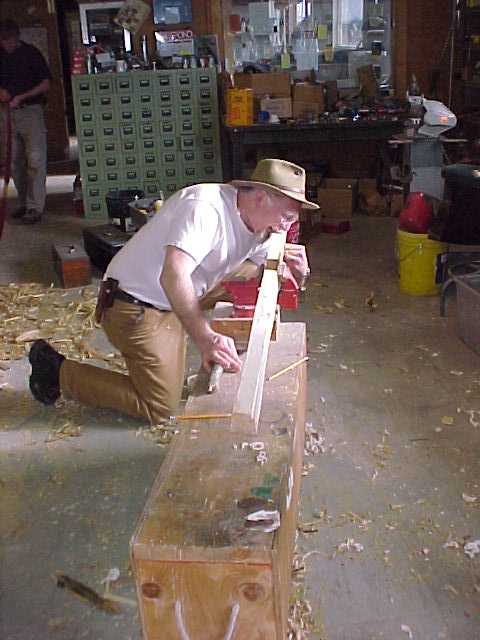 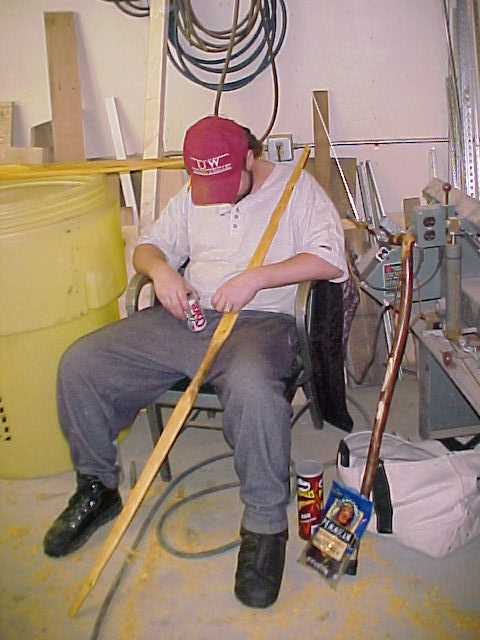 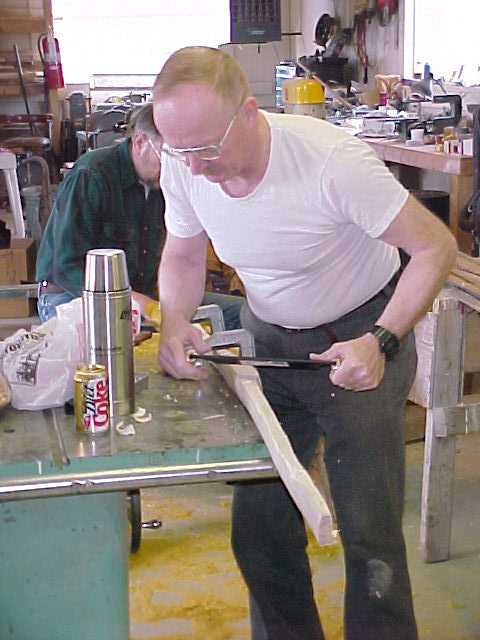 Jim Hill trying to figure out how to use a drawknife. 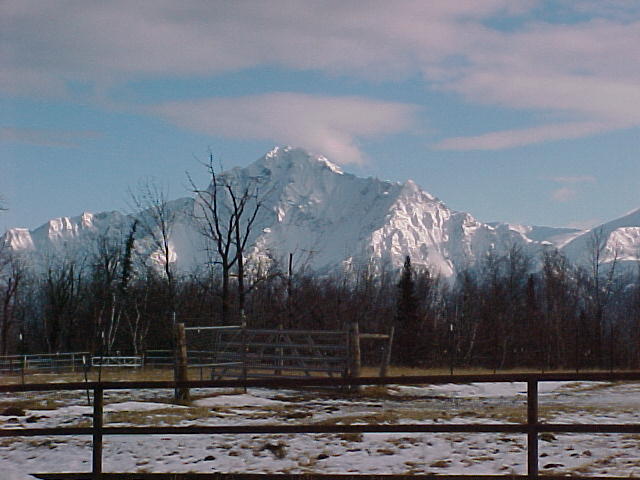 Photo of Pioneer Peak, visible from the workshop door.