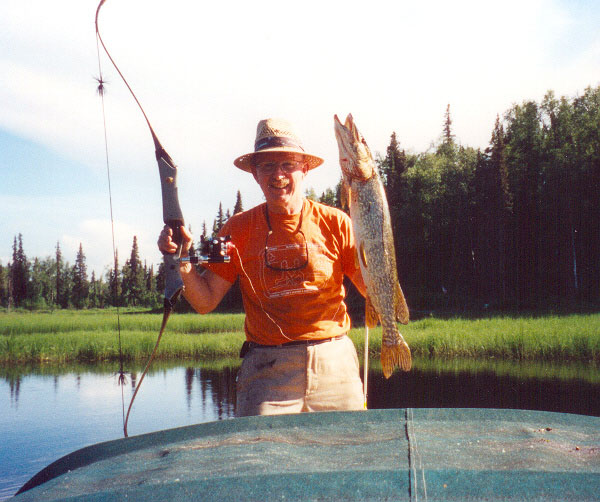 Jim had a great day shooting pike with Martin Farris on June 13, 2004: 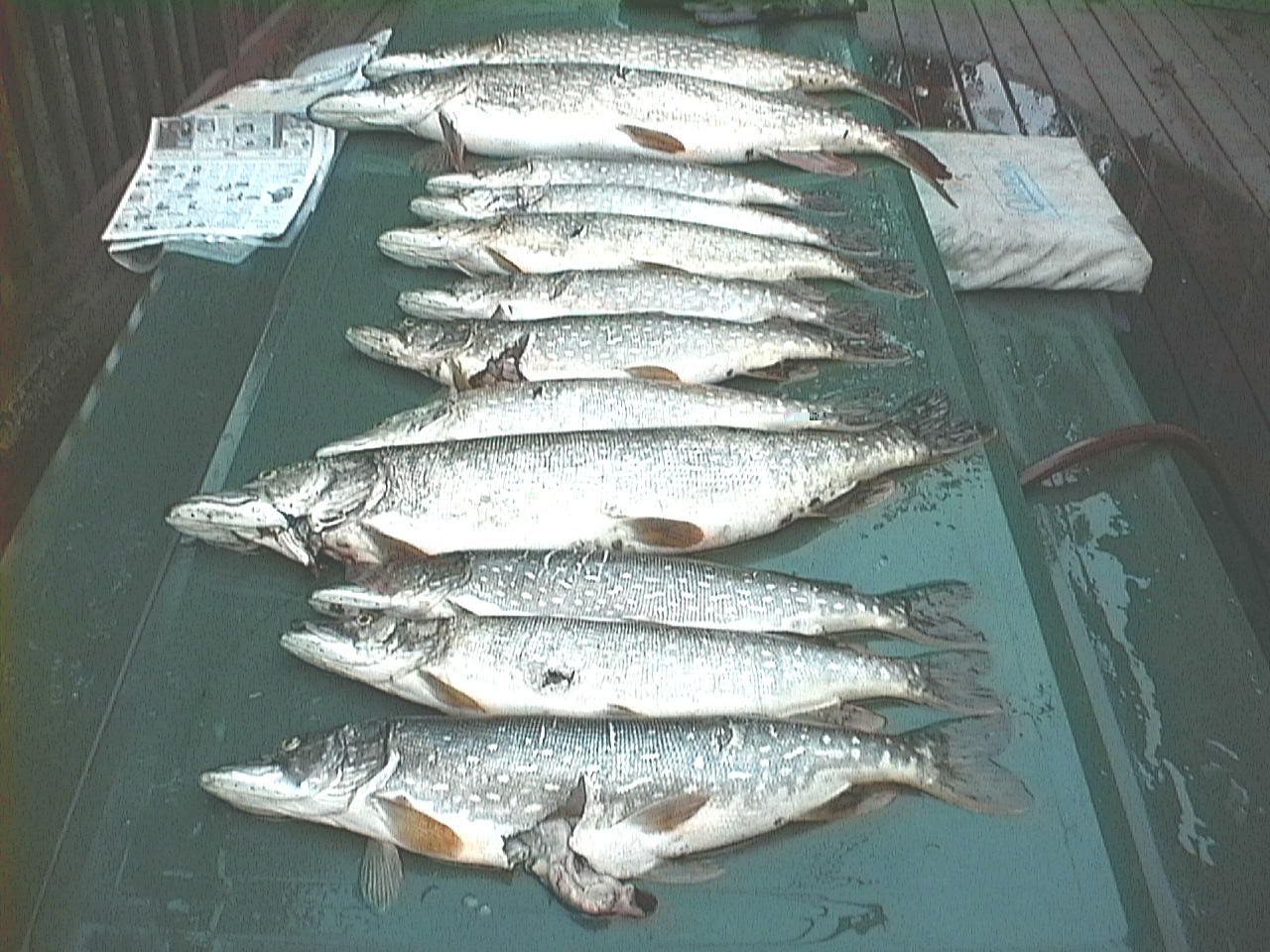 Martin had a good day, too. He let Jim shoot the little ones. He was holding out for a big one, and here it is.

At 17.3 pounds, this is the unofficial Alaska state record pike taken with a bow. 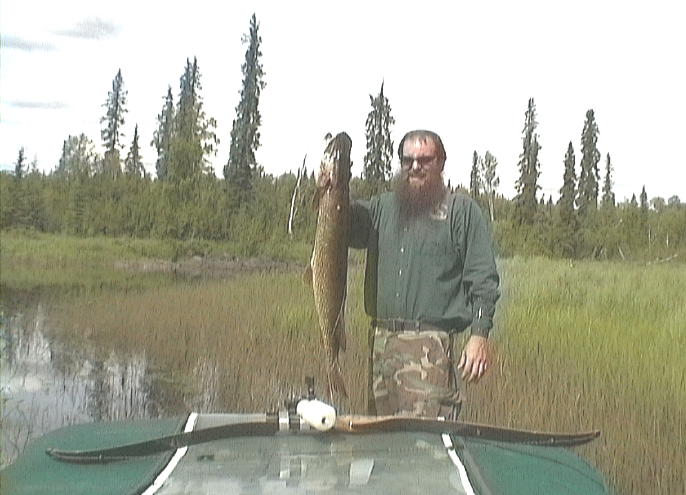 Here is a note and photos from George McCoy. Note the longbow by our own Ed Scott.

Thought you might like to have these pictures of a Caracal and a Serval taken in South Africa with an Ed Scott Longbow.

I believe it is the first time either of these cats have ever been taken with traditional equipment and I don't think anyone has ever taken a Serval with a bow. 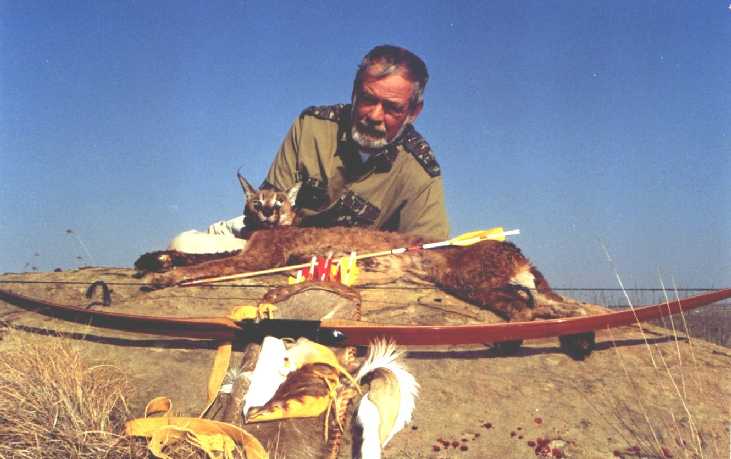 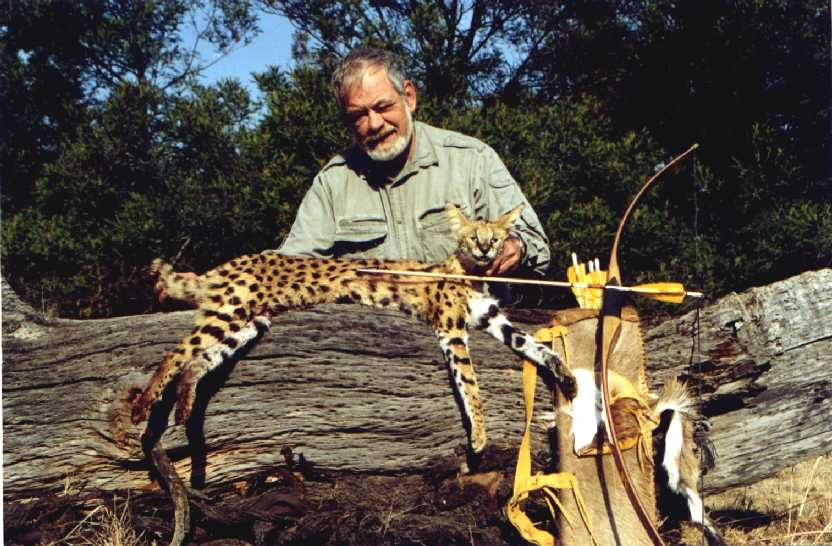